Webster defines habit: a settled or regular tendency or practice

especially one that is hard to give up

There is a popular method suggesting that a habit can be formed in twenty-one days. The rule is simple enough.

Commit to a personal or professional goal for twenty-one days. After, three weeks, the pursuit of that goal should become a habit.

But mind you, it takes longer to undo an existing habit. 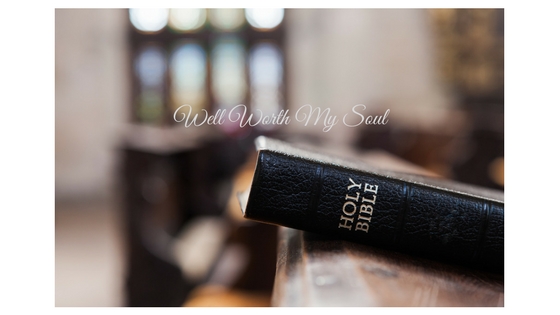 A habit can be a negative behavior pattern, and it often is tied to a lack of self-discipline

It may start as seemingly harmless behavior but over time it becomes- something we just plain do or don’t do. We say we are trying to lose weight, but we eat that second treat anyway.

We tell ourselves we will start exercising but we don’t do that either.

We find plenty of time to watch a movie and no time for the other things.

Maybe it’s our quiet time with the Lord we shorten or neglect.

Our excuses seem rational and good. We have a good reason,

but then whatever it is happens again.

Then three times and before we know it, our habit is formed. Can an occasional bad habit turn into an addiction?

Can too much time on our smartphones lead us to social media addiction?

The Bible talks much about the Christian life, being transformed by the renewing of their mind. The message states it very clearly.

So here’s what I want you to do, God helping you:

going-to-work and walking-around life-and place it before God as an offering.

Embracing what God does for you is the best thing you can do for Him.

Don’t become so well-adjusted to your culture that you fit into it without even thinking.

Instead, fix your attention on God. You’ll be changed from the inside out.

Readily recognize what He wants from you, and quickly respond to it.

Unlike the culture around you, always dragging you down to its level of immaturity in you,

God brings the best out of you, develops well-formed maturity in you.

Let’s fix our attention on God.

Be controlled by the Holy Spirit.

Most importantly, whatever we do, do it all to the glory of God.

(Parts of this is taken “The Right Kind of Strong” by Mary A. Kassian)